To learn more about social media APIs and new programming languages, I designed a bot that helps users call bases from within reddit during Clash of Clans Clan Wars. I wanted to let users manage Clan Wars from within reddit without using another website. Furthermore, by being a third party, the bot helps with accountability among Clan members.

I forked a project that uses both Python and PRAW, then modified it to scan comments looking for a particular string, parse the string for relevant data, store the data in a MySQL/MariaDB database, and both comment in the subreddit and PM the user after a given amount of time has passed. 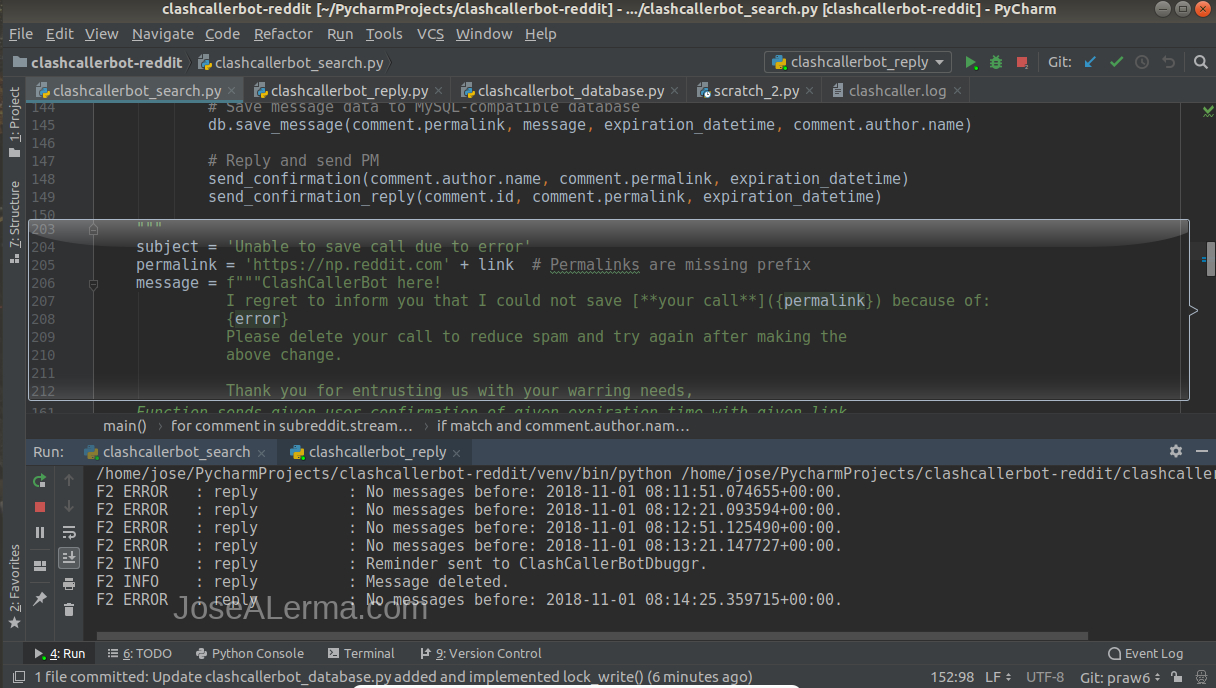 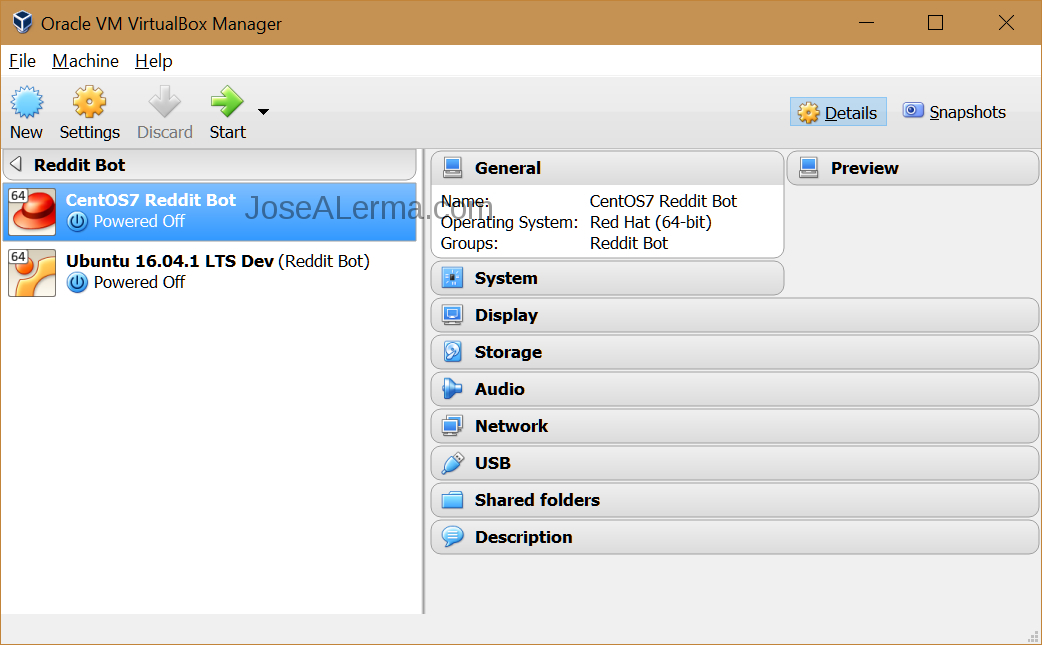 I developed it on an Ubuntu VirtualBox VM, ported the release to a CentOS VirtualBox VM, then ported it to a shared host server running CloudLinux OS without root access.

The bot has been successfully rewritten to v2.0.0 in approximately 3 weeks using the latest praw v6.0.0 package.

More features need to be added since the rewrite, and the code needs to be refactored to be more readable. It is still in closed beta until it is proven to be stable and then it can be migrated to an Amazon EC2 instance

All development documentation is available at josealermaiii.github.io/clashcallerbot-reddit. 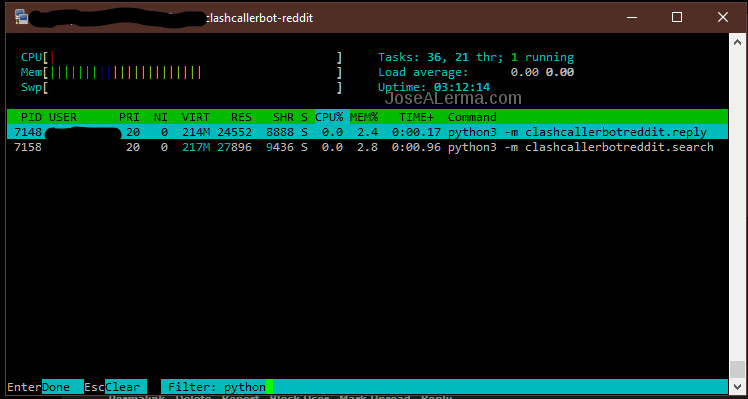 v2.4.6 is stable and running on an Amazon EC2 instance, but still on closed beta until I add more useful features. 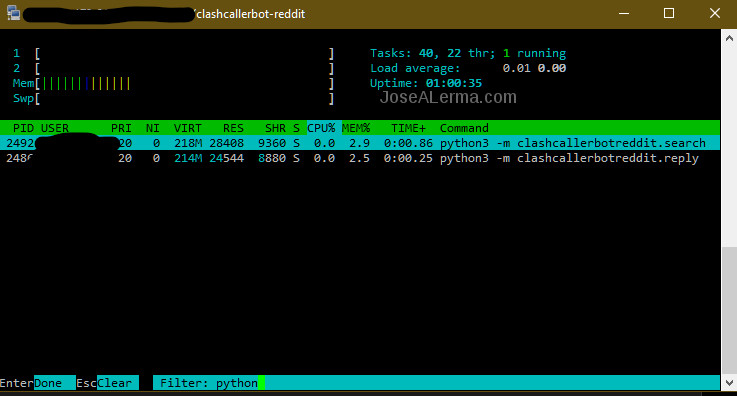 As always, keep up with the latest updates on /r/ClashCallerBot.

v2.6.7 marks the successful migration to the latest Amazon Linux 2 AMI which will be supported until the year 2023.

Instructions can be found in the amazon2_setup docs. No time to rest as new features like systemd integration can now be implemented.

About Jose A Lerma
I like learning things: in my spare time, I maintain novelty sites, study programming languages, and develop various projects.
BioRésumé